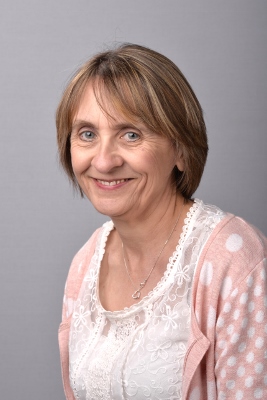 Debra Reid became a tutor at Spurgeon’s College in September 1987, having trained at Cardiff, University of Wales, where she also had undertaken some Hebrew teaching. Debra was originally responsible for teaching students who were completing the Cambridge Diploma in Religious Studies. She was for a long time, the Director of Spurgeon’s Online Learning and was responsible for launching the Church Training Initiative programme. She now has wider responsibility for the Undergraduate degree programme and combines this role with supervising Newly Accredited Ministers during their first three years in ministry when they complete learning contracts with the College.

Debra’s own research interests lie in Old Testament language and translation work. She has been involved with the publication of a variety of Bible editions and new translations (including the NIV Inclusive Language Anglicised Edition, the New Light Bible, the Bible for Beginners, and the NIV Thematic Bible). She has contributed articles to the New International Dictionary of OT Theology and Exegesis (Zondervan, 1997) and the Dictionary of Biblical Imagery (IVP, 1998). In 1998 and 2000 respectively, Debra’s contribution to the IVP Crossways Bible Guides series resulted in the publication of the second volume on the Psalms and her volume on Ruth and Esther. In 2002, for some light relief after the birth of her third son, she contributed to and then edited The Ultimate Bible Quiz and Fact Book published by Arcturus. 2008 saw the publication of her commentary on Esther in the Tyndale OT Commentary series (translated and published in a variety of languages including Korean). 2009 brought the publication of the Collins Bible Companion with which she was involved both as a writer and a consultant, followed by Open Your Bible (Harper Collins, 2010). Working with Martin Manser (a reference book editor) for Lion Publishing House, their Compact Guide to the Bible was published in 2010 (now available in 5 languages) and their Who’s Who of the Bible was published in 2012 (later translated and published in Portuguese). Debra was Old Testament consultant for The Dorling Kingsley Illustrated Family Bible (2012). She continues to act as biblical consultant for reference books. Her article on “Leadership in Esther” was published in Biblical Leadership: Theology for the Everyday Leader, eds. Benjamin K. Forrest and Chet Roden (Grand Rapids, MI: Kregel, 2017). In 2017 Debra was appointed to lead a team of contributors as the General Editor (Old Testament) for a major new Bible project: “The NIV Bible Speaks Today” (due to be published in March 2020).

In terms of professional development, Debra accesses relevant training provided by the Higher Education Academy (particularly in relation to learning technologies) and has successfully completed MOOCs offered by a variety of UK and international Universities in relation to online and blended learning. In 2019-20 she completed a Certificate in Mental Health Awareness and the Skills Network certificate in Safeguarding, Prevent and E Safety.

Of her work at Spurgeon’s Debra says, “It is an immense privilege to be involved with the work of Spurgeon’s College. I enjoy and benefit from my contact with students, ministers and colleagues alike. I am particularly excited to be involved with the development of our undergraduate degree programme at this time as we seek to continue to make theological education relevant and accessible to students in this country and beyond.”

Debra was brought up in East London and spent much of her childhood at The East London Tabernacle, a church founded by CH Spurgeon. Debra is married to David who she met at University. They are members of Horley Baptist Church and have three grown-up sons.