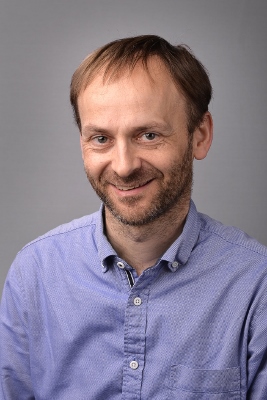 Zoltan grew up next to the River Danube in Hungary. He still remembers those hot summer days when as a child, he was roaming the countryside barefoot, occasionally swimming against the strong current of the river and enjoying solitude in the nearby marshes and forests. He did not know anything about Jesus, the Bible, or the Church then, but he thinks that somehow he had an unarticulated sense of God’s care and presence already in those days. Later, when he read the Bible, it explained a lot of what he had already felt deep down.

Zoltan studied History first (MA) at a Hungarian University. This is where he met Kati, one of his first English teachers, whom he later married. Then he finished another MA in Biblical Interpretation at the London School of Theology. He worked for the Hungarian Fellowship of Evangelical Students (the Hungarian member movement of the International Fellowship of Evangelical Students) for nine years; first as a ‘travelling secretary,’ then as the General Secretary of the movement. After this, he completed his PhD research under the supervision of Prof. Walter Moberly at Durham University on the theological interpretation of the book of Proverbs.

Zoltan very much regrets that the age of ‘Renaissance Men’ is over. He enjoys many things and he would like to learn everything from music through astrophysics to artisan coffee making… but he recognises that this is impossible. Yet, he does his best to be (cautiously) interdisciplinary in his research. He wants his biblical interpretation to be informed by rigorous historical research, but he also wants it to reflect on the existential, theological, and scientific questions of the 21st century.

In his spare time, he likes baking and having conversations about deep philosophical questions with good friends.

Zoltán Schwáb, ‘Does the Reader Fear God for Nothing? A Theological Reflection on the Divine Speeches in Job’, Journal of Theological Studies (2022)

Zoltán Schwáb, ‘The Sayings Clusters in Proverbs: Towards an Associative Reading Strategy’, Journal for the Study of the Old Testament 38/1 (2013) 59–79

Zoltán S. Schwáb, ‘Toward an Interpretation of the Book of Proverbs, Selfishness and Secularity Reconsidered’, Journal of Theological Interpretation Supplement 7 (Winona Lake: Eisenbrauns, 2013)