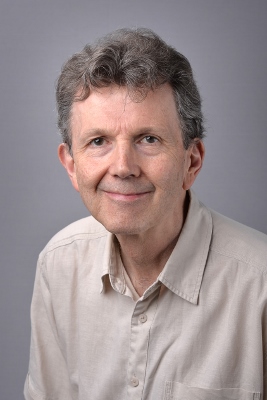 Stephen has been the Academic Director and a Vice Principal of the College since July 2017. He joined the staff in September 2006 as Tutor in Biblical Studies and Practical Theology and served as the Director of Postgraduate Research from 2011–2017.

Stephen has been in the Anglican ministry since 1986, serving in parishes in Cumbria and County Durham until 1998. During this time he completed a PhD at Durham on the parables of Jesus. From 1998-2006 he was Director of the College of Preachers, an ecumenical training and resource agency, and pioneered the joint Spurgeon’s College / College of Preachers MTh in Preaching. He is an honorary associate minister at St John the Divine, Selsdon, where he leads services and preaches regularly.

Although most of his time is now taken up by academic management, he has continued to maintain and develop research interests in the New Testament (especially the historical Jesus and the Synoptic Gospels), biblical hermeneutics and preaching.

He is married to Linda and they have three adult children. For relaxation, he enjoys singing bass in the Croydon Philharmonic Choir and tries to keep exercised and in touch with nature through walking and gardening.

The Voice of Jesus: Studies in the Interpretation of Six Gospel Parables(Carlisle: Paternoster, 2000; republished Eugene, OR: Wipf and Stock, 2007)

Tales Jesus Told: An Introduction to the Narrative Parables of Jesus (Carlisle: Paternoster, 2003)

Alive to the Word: A Practical Theology of Preaching (London: SCM, 2010)

‘An Experiment in Biblical Criticism: Towards the Restoration of the Aesthetic in Reading and Preaching Scripture’ in Craig Bartholomew, Colin J.D. Greene and Karl Möller (eds.), Renewing Biblical Interpretation(Grand Rapids / Carlisle: Zondervan / Paternoster, 2000), 240-267

‘Reading Luke, Hearing Jesus and Understanding God: Reflections on Some Hermeneutical Issues: A Response to John Nolland’s “The Role of Money and Possessions in the Parable of the Prodigal Son”’ in Craig Bartholomew, Joel B. Green and Anthony C. Thiselton (eds.), ReadingLuke: Interpretation, Reflection, Formation (Grand Rapids/Milton Keynes: Zondervan/Paternoster, 2005), 210-28

‘The Future Use of the Bible in Preaching’ in Geoffrey Stevenson (ed.), The Future of Preaching (London: SCM, 2010)