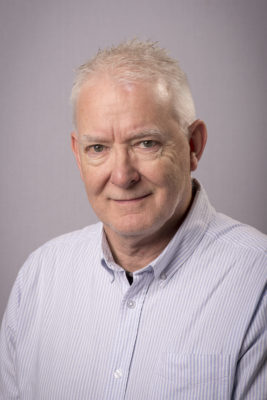 Hailing from Leicester, Simon came to faith in Jesus in the early 1970s at an anti-Apartheid demonstration outside the city’s rugby stadium, having met a local curate who told him that ‘Jesus wants to change the world more than you do.’ At university in Manchester as well as gaining degrees in history and the Structure and Organisation of Science and Technology, Simon sang in bands and was involved in university and city-wide missions.

He worked as a financial journalist through the turbulent 1980s before sensing God’s call into Baptist ministry. Having trained at London Bible College and Spurgeon’s he pastored Peckham Park Baptist seeing the membership double from 1989 to 1996. He has also been ministry team leader at Bromley Baptist Church, London and South East coordinator for BMS World Mission and editor of Christianity magazine

Simon has an MA in New Testament Studies which explored the economic, social and physical location of the early Pauline communities. In 2010 he became an associate tutor in New Testament at Spurgeon’s before taking up his current role in the summer of 2017.

Simon brings to the role broad and extensive experience of pastoral ministry, leadership and ministerial formation. To this he adds his academic background and experience as a highly respected associate tutor. He has a passion for ministerial formation and in particular equipping students to engage with the reality of ministry today as it is being shaped by significant changes in society.

Over the past two years Simon has pioneered work among refugees in Calais and London, with colleagues forming a group called Peaceful Borders, taking a number of students from College to share the work with him and reflect on it as part of their formation. He continues this work through college alongside a refugee-led project in London, called Hopetowns, which offers welcome, English classes and legal and housing advice to new arrivals. Simon also led an employment and regeneration charity in Peckham, exploring how churches can make a significant impact on the communities in which they are situated.

Simon is married to Linda and they live in Peckham.

Alongside his New Testament teaching, Simon oversees the college’s professional ministry formation strand and teaching congregational studies. He is the author of nine books including, The World of the Early Church(Lion Hudson 2011), Paul and Poverty (Grove Books 2014), Building a Better Body: The Good Church Guide(Authentic 2007) and commentaries on Luke and Galatians in the Crossway Bible Guide series.