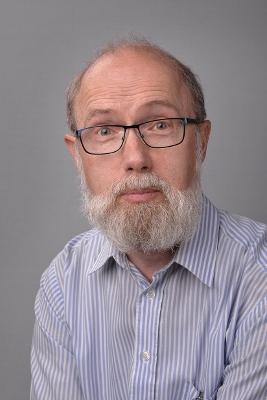 Pieter has been a member of the teaching staff since 2000 as tutor in New Testament Studies; from 2015 he became tutor in Biblical Studies.

Pieter [pronounced Peter] is Dutch and he is a graduate of Utrecht University (BA, MTh), the Dutch Baptist Seminary (BD) and Groningen University (PhD).  He is an ordained Baptist minister.

Many of Pieter’s publications are in Dutch, such as a full commentary on the Johannine Epistles (2005, three reprints) and several papers on Revelation.  He also turns out popular essays on Bible backgrounds and archaeology, as well as numerous book reviews in Dutch and English, e.g. for the Baptist Times and the online newspaper of the Baptist Union.  He is currently on 300 book reviews and counting!

His love for administrative work comes out in the fact that he is the Editor of the European Journal of Theology and has edited books presented to two eminent College tutors, Nigel Wright and Ian Randall.

Pieter’s main interest is classical music, as you will notice when entering his office.  In addition he enjoys modern public transport, history and sudokus.  And he likes to go shopping with his wife Hetty, an Old Testament specialist!